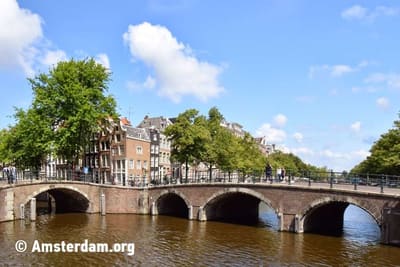 Amsterdam is world famous for its stunning 17th century canals. The long waterways with thousands of historical buildings and green rows of trees are a unique sight that can't be found anywhere else in the world. Did you know that Amsterdam has more canals than Venice and more bridges than Paris?

Amsterdam burst out of its seams in the early 17th century. The city experienced its Golden age: economically, politically and culturally. A major expansion was desperately needed to accommodate all the new and future residents. The city council therefore drew up an expansion plan that would make Amsterdam five times bigger. The implementation of this canal belt expansion started in 1613. 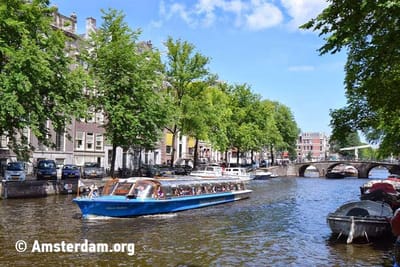 The canals of Amsterdam are unique because of the unusual street layout. Most canal cities have a rectangular shape. However there are three main canals in Amsterdam and each of them consists of of five kinked straights. Together these form a semicircle around the old medieval city center. The radials come together to one point: the Dam Square, the central square of the city.

Green on the canals

Also the trees along the canals were extraordinary in those days. Amsterdam was the first city in Europe that planted trees on a large scale. Even before the year 1600, trees like linden (and later elm trees) were planted after each newly dug canal. Trees weren't only planted for aesthetic reasons but also to reinforce the embankments and later because of their air purifying effect. 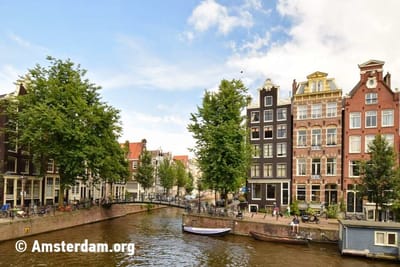 Behind the canal houses it is also green. Not only the buildings on the canals are world famous, also their backyards are. These backyards probably contain the best kept secret: an oasis of tranquility that makes you forget you're in a metropolis. The gardens run deep, because you were only allowed built halfway on the space between the canals. Due to the construction of these beautiful gardens and the planting of trees along the canals, Amsterdam was one of the first green cities even centuries ago. 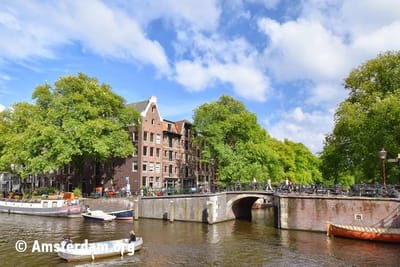 What catches the attention are also the lifting beams which every gabled house in Amsterdam has. That's because the staircases are so small that pretty much all the furniture has to be lifted inside the house via the windows. Therefore the facades of the houses are slightly angled forward so that the lifted goods do not bump into the walls.

Furthermore, many buildings have plaques. On this 'stone nameplate' it was symbolically indicated who lived in the house. Until house numbering was introduced one could recognize someone's house by its plaque. Especially in the Jordaan district many special plaques can be seen. You will also find an extensive collection of plaques in and around the Amsterdam Museum.

The oldest existing canals, such as the Oudezijds Voorburgwal and Oudezijds Achterburgwal, were built in the 14th century around the medieval city center. In those days the waterway network was primarily constructed to get dry soil. The dug up soil was then used to raise land or to construct defense walls. Aside from that, the canals were also used as extinguishing water, trash and sewage. The canals were also important traffic routes for the transportation of goods and people. Nowadays the canals still play an important role in maritime traffic, especially for tourist purposes, such as the famous Amsterdam canal boats. 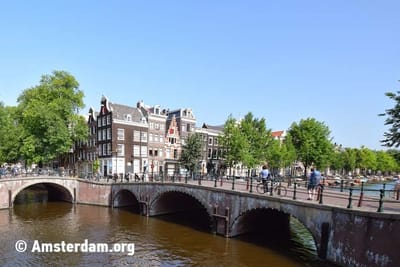 Since August 1st, 2010 the main canals are included on the UNESCO world heritage list. The canal belt received recognition thanks to its unique street layout, the various historical architectural buildings and the long rows of trees alongside the century old canals. 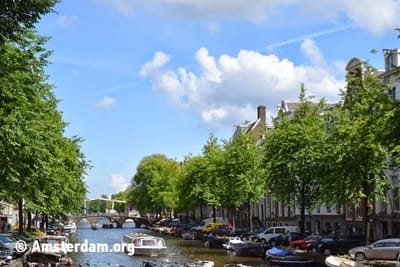 The Amsterdam World Heritage site roughly covers the area between the Brouwersgracht and the Amstel river and the canals that lay within the semicircle surrounding the city center include the Singel, Herengracht, Keizersgracht and Prinsengracht. It covers a total area of almost 400 acres that protects 7,737 monuments. The total length of the main canals within the World Heritage site is 12.5 kilometers (7.5 miles) and includes 80 bridges. 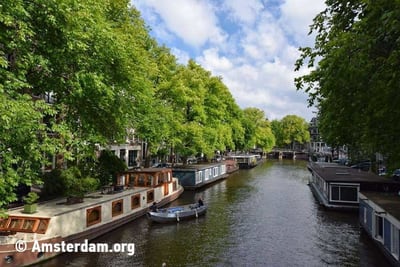 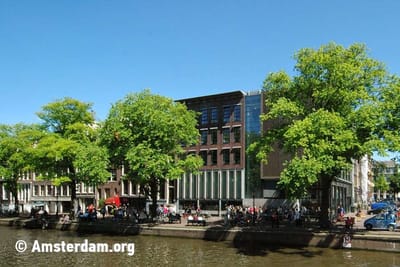 The southern canal belt offers a magnificent view of the Amstel on the east side. From the quay you have a beautiful view of the Hermitage. The 'Magere Brug' (Skinny Bridge) can be seen from here as well. This picturesque wooden drawbridge was built around 1670 over the Amstel river. 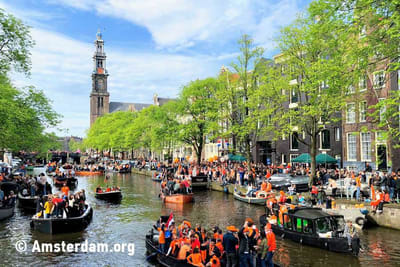 Festivities on the water

Every year several popular outdoor events take place on and around the canals of Amsterdam. During King's Day, the canals turn into one big orange festival area. And the canals turn pink during the well known Gay Pride Canal Parade. An event for everyone, whether you are on a boat or not. The annual Canal Festival takes place in August. A wonderful summer music festival. There are few things better than enjoying classical concerts which are played from the picturesque canals of Amsterdam. 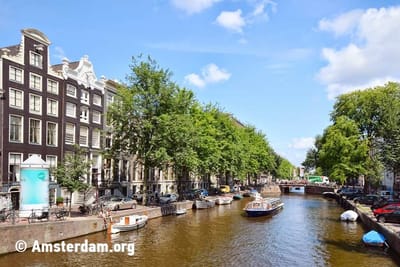 Skating on the canals

As soon as it starts freezing in winter, and it is expected that the frost period will last for some time, the Keizersgracht is closed for ships and the flushing of the canal water is ceased. If the temperature stays at least minus 4 celsius (25 fahrenheit) for a few days the ice should have thickened enough. Then people will massively put on their skates and the canals of Amsterdam will transform into a huge colorful ice rink.

With more than three million passengers per year, the canal cruise is one of the main attractions of Amsterdam. The comfortable cruise boats will go past famous merchant houses, century old towers and hundreds of bridges and locks. There are also several boat tours through the atmospheric illuminated canals at night. In addition to the tour, there are also a variety of hop on/hop off water bus services on the canals available. These offer many stops at various sightseeings, museums and attractions.

As a tourist you can still pay a visit to many canal houses. The Canal House Museum is the perfect way to find out how people used to live in the canal belt area. Discover more with multi-media exhibitions about the canals of Amsterdam throughout the century. For those who want to know what it's like to live in a canal house these days can visit the Open Garden Days and the Heritage Days.

Below are three different routes for viewing the best and also free sight seeings on the canals of Amsterdam.