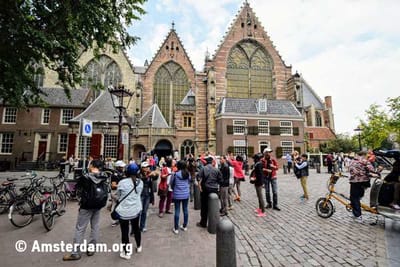 The Red Light District is really worth a visit during your city trip through Amsterdam. What many people overlook is that the Red Light District is one of the oldest and most beautiful parts of Amsterdam. Despite its shady reputation, you will find historical long winding cobbled streets with quintessential 14th century architecture, such as the Gothic Oude Kerk (Old Church) for instance. During a stroll along the idyllic canals you can relax in the warm atmosphere which hangs over the area every night.

Furthermore, you can go to the countless classic restaurants and cozy cafes. There's gorgeous rows of trees along the canals, beautiful old buildings and nicely renovated facade fronts. Also the arrival of trendy shops have gradually transformed this area into a very beautiful district of Amsterdam. In a nutshell, a visit to Amsterdam is not complete unless you've made a stroll along the famous Red Light District.

Below are three different routes for viewing the best and also free sight seeings on the canals of Amsterdam. Other city centre routes are: Southern canal route and Western canal route. 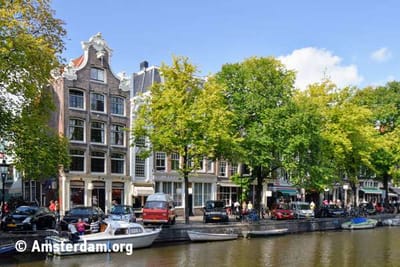