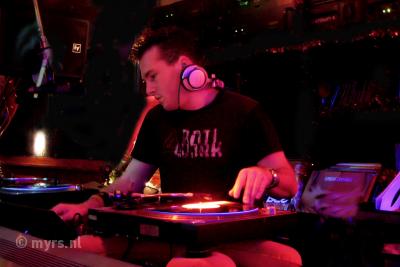 The nightlife in Amsterdam is versatile, cosmopolitan and never sleeps. The city has a progressive club scene, internationally renowned orchestras and fantastic rock and pop venues. From evening theater to lounge bars; from coffee shops to clubs; from cozy pubs to grand cafes. Enjoy a pint of beer with two fingers of foam in a traditional ‘brown cafe’ or party until dawn to the sound of Tiësto, Armin van Buuren, Martin Garrix, Afrojack or Hardwell. Amsterdam offers something for everyone. 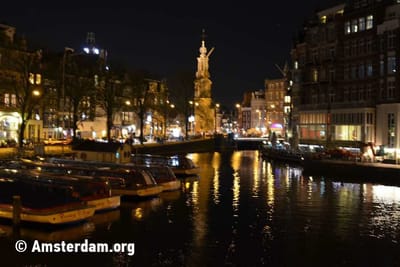 Amsterdam's nightlife is just as varied as the residents of the city itself. The city offers everything, from night theater, art festivals and live music from known and emerging international groups, to packed clubs with the best DJs spinning everything from R&B and house, to hard rock and hip-hop.

Join one of the Pub Crawls and meet other travellers on a mind-blowing, trouble-free evening offering a taste of the best that Amsterdam has to offer: 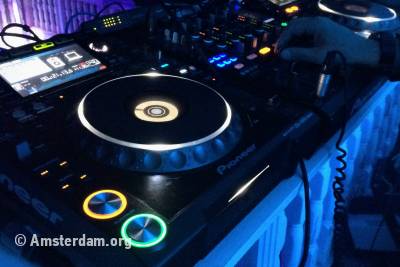 The center of Amsterdam's nightlife is the Leidseplein. Here are the most popular pubs, bars and clubs within a stone's throw from each other. In the summer you can nicely relax here at one of the bustling terraces. Around the Leidseplein you will find several theaters, cafes, restaurants, cinemas, the casino, the Lido theater with live entertainment. The local cultural, and musical centers offer varied music: rock, pop, dance, rap and live performances by major national and international artists. 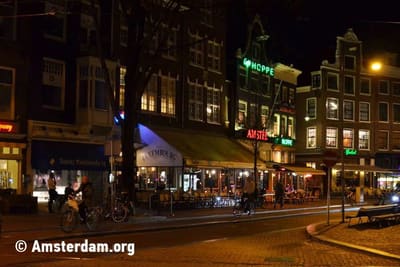 Rembrandtplein is another square that really comes to life when night falls. It has a rougher reputation than the Leidseplein, but for party animals it's really worth it. The square is adjacent to the Thorbeckeplein. You will find plenty of bars on these two squares, cinemas, restaurants and clubs. Because of the many bars, restaurants and cafes the square is one of the best known nightlife areas in Amsterdam. The area is popular among locals and tourists, young and old.

Those looking for a real Amsterdam experience should not miss a visit to a quintessential Amsterdam cafe, also known as a ‘brown cafe or bar’. The reason these charming cafes are called brown cafes is quite simple: it is because of the many years of smoke. However, sometimes the walls are just painted brown. The interior is a bit faded, and the decor includes wooden tables with carpet (on the tables!), historical showpieces and a friendly waitress, who is with us since the opening.

Some of the finest brown cafés can be found around the Zeedijk near Central Station, in the Jordaan, and along the Utrechtsestraat. The old part of Jordaan is mainly visited by young people. In these cafes and bars it is easy to meet local people and make new friends.

At the back of the Dam, the entire Red Light District is always overwhelmed by large groups of tourists who walk the streets and look at the women behind the windows. If you really want to know the history of the Red Light District, book a tour, this is really a must. Besides window prostitution, strip clubs and sex shops you will also find many small restaurants, cafes and coffee shops in this area.

Here are the most popular clubs:

A small, very relaxed and mellow club with a totally cool, laid back staff, great music and a killer sound system. Did we mention that this club is SMALL, awesome, but small, so it gets ...

This is more of a ‘night theatre,’ where you can enjoy a very relaxed atmosphere and moderate priced drinks while absorbing some powerful poetry readings, live music, DJ monitored dance ...

Modern tech meets ancient Hong Kong in this amazingly well lit club where the color scheme is black and dark and the music is mixed to perfection. Black leather sofas and comfy seats are the ...

AIR is the club in Amsterdam with an international look and feel. AIR represents tolerance, diversity, creativity, quality and freedom. AIR astonishes its guests ...

This is one of Amsterdam’s largest and most popular clubs, but it quite rented out for events, so be sure to check to see what’s ...

A hot, spacious ‘theatre-club located right in the vicinity of ‘Centraal Station’,’ this club offers excellent music with a live DJ's as well as the occasional live musical performance ...

High Energy, Dynamic, Fun, Dance Music & Entertainment; these are the key elements that make up for the Club area in ABE. Behind the 8.5 meter long bar you will find the bartenders ready to ...

Housed in a former newspaper printing factory, this very down to the brass tacks, basic, no frills club offers some of the hottest ‘Progressive Electronic’ pumped through one of the finest ...

Mostly a popular hang-out for those who like ‘World Music,’ this club has a ton of live performances, is extremely laid back and relaxed and very ‘youth friendly!ï¿½ Times greatly vary ...

This club is primarily popularly known for its live musical performances, but during the weekend it often becomes a club nights with local and international DJ's. Times greatly vary as to when ...

After the quiet early evening hours, the streets and squares of Amsterdam become very busy at night. There is plenty of time to enjoy the varied nightlife, because most night clubs stay open until deep into the night. Bars and cafes in the city center may open weekdays until 1:00am, weekends until 3am. Clubs usually open their doors around 22:00, and are often open until 3am. In Amsterdam you will also find a number of night pubs, these cafes are open weekdays until 4am and on weekends are open until 5:00am. Most cafes and bars are open every day, but especially on Thursdays (student night), Friday and Saturday it is jam packed in the popular nightlife areas.

Amsterdam's nightlife is in terms of dress code usually pretty casual. Provided you look groomed and sober, you'll often can find your way inside. However, large groups of men are not really appreciated. Only a small number of clubs in Amsterdam handle a strict dress code.

Furthermore, with most clubs you need to be at least 18 years of age, some even set a minimum age of 21 years. For most pubs and bars there's is no minimum age requirement, but there's a smoking ban, though not always obeyed to.

Our House is the world’s first modern museum of electronic music culture! There's no better place for a museum dedicated to electronic music than Amsterdam. Get ready to explore the roots of the genre in a museum that's packed with multi-sensory audio-visual experiences.

Amaze Amsterdam is an immersive experience created by the world's largest dance event organizer ID&T. Visitors experience a journey from head to heart, where they are taken through seven experience worlds filled with state-of-the-art audiovisual technology. A labyrinth of storytelling is on offer, with shows full of lasers, lights, ...