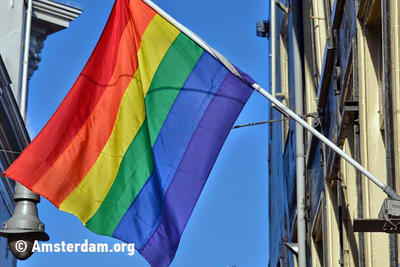 Throughout the entire center of Amsterdam you will find gay businesses and institutions. Gay and transgender visitors do not have to look for hotels marked with pink or rainbow flags. All hotels, restaurants and bars are very open-minded. The genuine tolerance for homosexuals can be noticed all over the city. 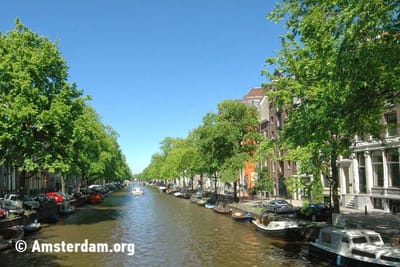 Whether you want to dance with the beautiful people around you, plan to drink cocktails all night in a terrific bar, or want to spent a night in a bar with friends: the gay and lesbian scene of Amsterdam is unprecedented. 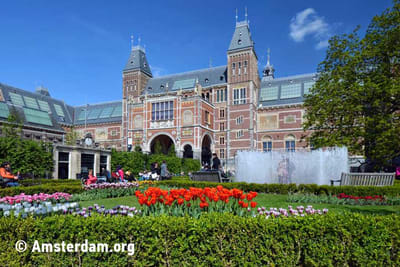 Everywhere there's something to see and do in Amsterdam, but most of the gay cafes, bars and stores are in the center of the city, in four popular districts: Amstel, Kerkstraat, Reguliersdwarsstraat, Zeedijk and Warmoesstraat. 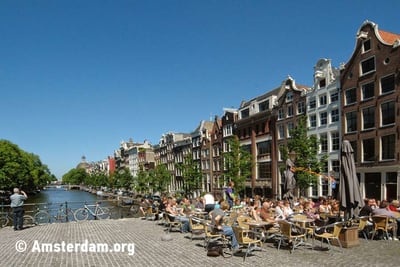 The gay and lesbian scene around the Amstel (including Rembrandtplein and Halvemaansteeg) has a more traditional character. In the Amstel area (between Muntplein and Amstelstraat) you can find tons of 'brown cafes' that keep the traditional Dutch music culture high, including popular anthems from the international song festival repertoire. During King's Day and the Amsterdam Gay Pride, festivals erupt spontaneously where Amsterdam's entire gay and lesbians can have a great time. The bar owners make sure there's a large stage along the Amstel river and a colorful music festival. 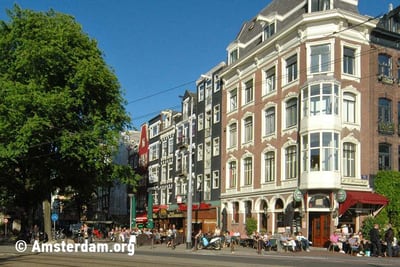 The Kerkstraat is a relatively new addition to Amsterdam's gay and lesbian scene. This historic and picturesque street is the longest street in Amsterdam. It crosses the city center of Amsterdam and goes from the Leidsegracht to the Magere Brug over the Amstel. Most LGBT bars, clubs and hotels in the Kerkstraat are around the Leidsestraat.

Reguliersdwarsstraat is one of the most important streets for gays and lesbians when it comes to eating, drinking and partying. This street is **the** pink street of Amsterdam with new, trendy gay bars and clubs which definitely marked Amsterdam as the international 'Gay Capital'. A few years ago there were dark clouds above this street, but now those have vanished and the Reguliersdwarsstraat is still one of the most lively streets in Amsterdam.

The area around the Zeedijk and Warmoesstraat is one of the most popular attractions in Amsterdam, thanks to the many LGBT-friendly stores and bars. The neighborhood has a very international atmosphere, because it's the heart of Amsterdam's Chinatown. But the Zeedijk was also the place in 1927 which opened the first gay and lesbian bar of the Netherlands: 'Cafe 't Mandje'.It is still a very popular meeting point, even the interior is well worth seeing. Aside from 'Café 't Mandje', the Zeedijk added various other bars and clubs, which are popular among locals as well as tourists.

Warmoesstraat, around the corner of the Zeedijk, has been an attraction for the LGBT scene for many years. It is mainly the heart of Amsterdam's fetish and leather scene. You'll be amazed at what you can do and see in this street. You will find several large rubber, leather and fetish clothing stores. The Warmoestraat, with its many specialist shops, saunas, bars and clubs, attracts men and women from all over the world.

Information about LGBT in Amsterdam

Next to the Gay monument is Pink Point, the official information point of Amsterdam for gay, lesbian from home and abroad. It is run by volunteers. They can pretty much tell you all about the LGBT scene in Amsterdam. Moreover, they offer a wealth of brochures and flyers from local organizations, ranging from serious to lavish celebrations. There's often tickets for these festivals available as well. 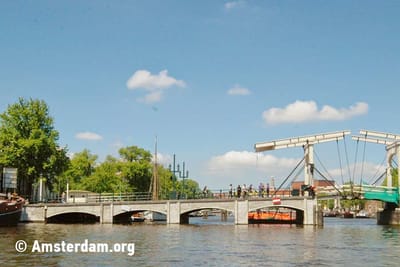 There is virtually no better and safer city for homosexually oriented people than Amsterdam. It has been a safe haven for centuries for those who were prosecuted because of their religion or their way of life. It is therefore not surprising that Amsterdam was already one of the most tolerant city for lesbian, gay, bisexual and transgender (LGBT) people in the 19th century. The result is that Amsterdam is still seen as the 'Gay Capital of Europe' today, where openness and tolerance are central. 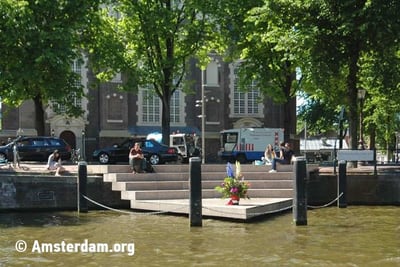 The Amsterdam Gay Monument was unveiled in 1987 and was the first monument of its kind in the world. It commemorates the gay men and lesbians who were persecuted and murdered during World War II. It is also a memorial place for those who were oppressed and persecuted - and still are - because of their sexual orientation. The now precious memorial site for many LGBT people from all over the world can be found next to the Westerkerk.

It has the shape of a granite triangle in the waters of the Prinsengracht. Actually, there's three triangles: the first in the pavement of the Westermarkt with the text 'Such an endless desire for friendship', the second is a raised triangle - which also serves a stage - and the third triangle is immersed in the waters of the canal. Here, flowers are laid regularly.

The three points of the triangle are symbolic: one points to the National Monument on the Dam Square, another points to the Anne Frank House which is nearby; and the third one points to the COC Amsterdam, the Association for emancipation of LGBT people in the Netherlands. It is still the largest monument in the world, dedicated to the commemoration of homosexuality.