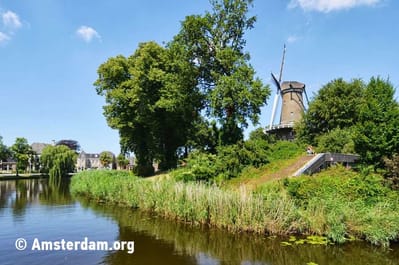 Amsterdam is not the only place worth visiting. Also be sure to explore the Dutch country side on an organized tour of the country. Visit the coast, the beaches, the beautiful nature and the large forests. 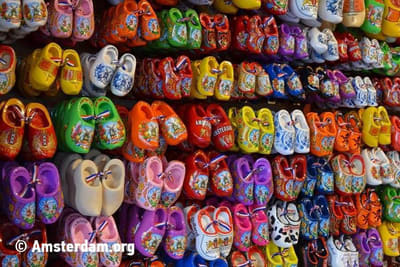 Travel outside of Amsterdam to see the quintessentially Dutch landscape with windmills, dikes and green pastures. Walk through picturesque fishermenvillages; take a journey by boat past the beautiful rivers or bike through the dunes. You’ll find something you love! This page will give you an impression of the exciting excursions available in and outside of Amsterdam. 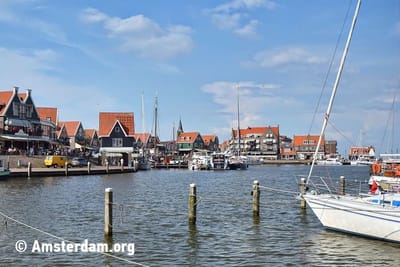 The historical fishermanvillages Volendam and Marken are mostly famous for their characteristic, wooden houses, aquatics, traditional garments and fresh fish. These villages are situated on the former South Sea (Now the IJsselmeer), where they have stood the test of time for centuries. The charming houses, winding water ways and drawbridges evoke a sense of nostalgic romance.

Volendam used to be a wealthy Dutch fishermenvillage. However, when the South Sea was closed down in 1932 the fishing boats could no longer reach the sea. Nowadays Volendam has made its own historic theme park out of the city. The local population still wears the traditional clothing from their fishing days and will happily pose for a picture with you dressed in the same garments.

Giethoorn: a village without roads

Giethoorn is a peaceful village in the province Overijssel that is often referred to as the “Little Venice” of the Netherlands, due to its numerous waterways and absence of roads and cars. Its beautiful canals, picturesque wooden bridges, and farmhouses with centuries-old thatched roofs give it a unique fairy-tale vibe.

As most of Giethoorn, is only accessible by boat, it has become famous for being a village without roads. It borders the Weerribben-Wieden National Park, which is the largest fen in northwestern Europe. Besides its fame as a village without roads, Giethoorn is also known for its excellent restaurants where you'll be able to eat some lunch. 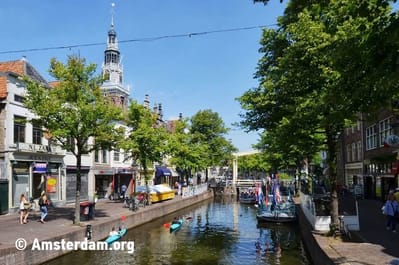 Alkmaar is a beautiful, historical city in the province of North-Holland. The city center is magical a magical place where you’ll discover canals and mansions. The city of Alkmaar was established in 939 and is famous for its cheese products. Every year, from April to September, it hosts a world famous cheese market where you can witness the traditional weighing and bidding on cheese. 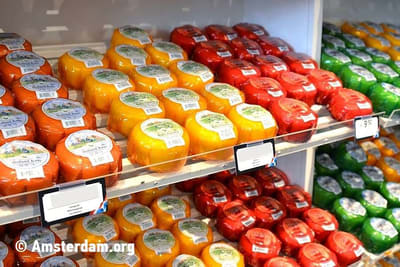 Hundreds of years ago, this city was the first to produce truly round cheeses. During the high season it hosts weekly cheese markets. A number of cheese warehouses have survived and keep the colorful history alive. Edam is a city rich in history, monumental buildings, beautiful squares, shopping streets and delightful terraces. 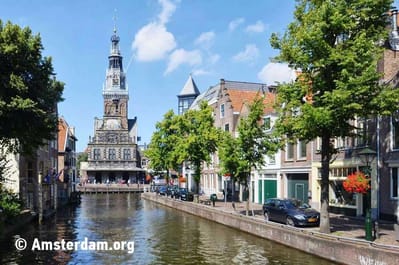 Haarlem was established in 1245 and is older than Amsterdam. Because of its convenient location, the city soon flourished. Not much has changed to Haarlemstreetscape since then. Italso a perfect city for visitors who love to shop; you’ll find brand-name stores, boutiques and antique stores. 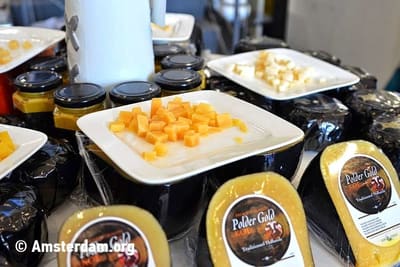 The Zaanse Schans is a scenic, inhabited township on the river Zaan. A newly built museum village, with one small anomaly compared to regular museums: it is inhabited by real people. There are characteristic, wooden houses and windmills from the 17th and 18th century as well as shops, restaurants, a wooden shoe factory, a cheese factory and a tin workshop.

On the horizon you can see seven beautiful windmills. Some of the windmills may be visited. The Zaan area was famous for its windmills that produced paint, flour and woodworking. You can also buy mustard produced by one of the local windmills.

Amidst the gables, mostly green with white decorations, you’ll find an old Albert Heijn greengrocer and a cheese house. Boat tours across the river Zaan will offer a different perspective of the village. Some places worth visiting include the Czaar Peter House in Zaandam, the Mill Museum in Koog aan de Zaan and the industrial heritage on the banks of the river Zaan.

During the Middle Ages Muiden was part of the outer harbor area of the city of Utrecht. Later, it became part of the Defense Line of Amsterdam. Artillery towers and encampments are located throughout this small city. The most famous part of the Defense Line of Amsterdam is the island of Pampus. Pampus is still part of the country of Muiden. You can visit the island with a ferry that navigates the IJsselmeer. Together with the scenic city center, the Muiderslot is one of the most popular attractions. The chambers in the castle were decorated according to 17th century style and will give visitors a great impression of the way the fortressmost famous resident, the Dutch poet P.C. Hooft, spent his time.

This fortified city is the oldest in the Gooi and Vecht area. It is home to a number of Hollandmost picturesque cultural monuments. If you’d like to find out more about this cityeventful history, visit the Dutch Vestingmuseum. You’ll also find the Sint Vitus church in Naarden, which is famous for its murals and annual performance of the Mattheus Passion. In addition, climbing the steeple will be rewarded with a gorgeous view. Naarden is another great city to go hunting for antiques and home accessories. The Naardenmeer, one of Hollandoldest natural monuments, is also worth a visit.

The historical city of Delft

The historical city of Delft, found close to The Hague, was established in 1100. The city earned its riches by weaving and trading cotton in the 13th and 14th century. If you’d like to spend a day in Delft, you’ll discover its narrow canals and picturesque houses. Delft is known for its unmistakable blue and white pottery, known as Delft blue.

Theme park Efteling featuring fairytales and dwarfs, home to some of Hollandbest rides and attractions.

Warning: array_slice() expects parameter 1 to be array, null given in /data/www/amsterdam.org/public_html/en/region.php on line 91