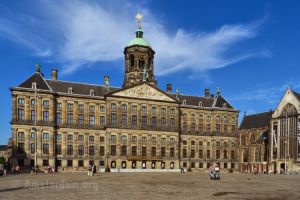 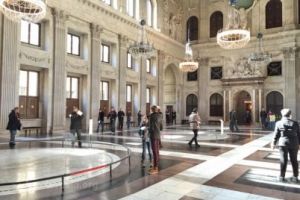 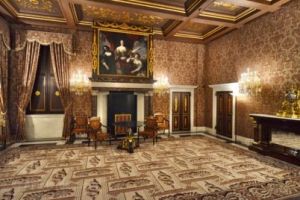 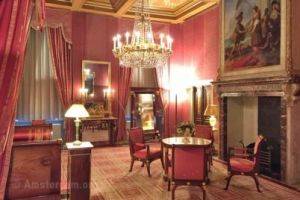 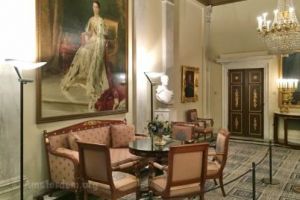 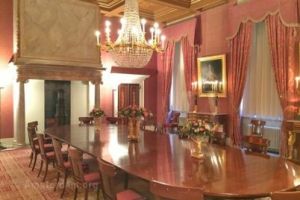 The Royal Palace on Dam Square in Amsterdam is one of three palaces still in use by the Dutch royal family. It is used for state visits, award ceremonies and other official receptions. When the palace is not being used by the royal family, it is open to the public. Visitors can explore the magnificent interior and discover the rich history of the building.

History
The Royal Palace served as Amsterdam’s city hall for its first 150 years of existence. It was then used for 5 short years as an imperial palace. In 1808, French conqueror Napoleon appointed his brother Louis as King of the Netherlands and Louis took up residence here. As the empire started to crumble, Louis made a hasty retreat, leaving many of his opulent furnishings behind. Following the departure of the French, the building was used for ceremonies and receptions by the Dutch royal family.

The palace became state property in 1936, and Queen Beatrix and her family continue to receive important (international) guests here. The palace is open to visitors and regularly host exhibitions, including the Royal Award for Painting each autumn.

Architectural wonder
Designed along classical lines, the Royal Palace was built between 1648 and 1655. To counter Amsterdam’s sand, the building stands on 13,659 wooden piles. Inside, Atlas perches atop the palace, holding the 1000 kg weight of the world on his shoulders. The Royal Palace was referred to as the 8th wonder of the world by the poet Contantijn Huygens.