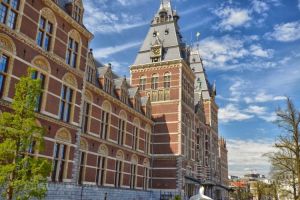 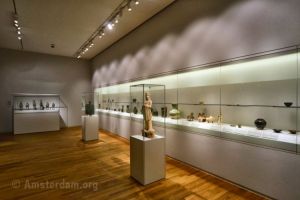 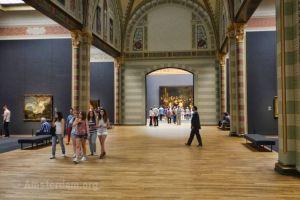 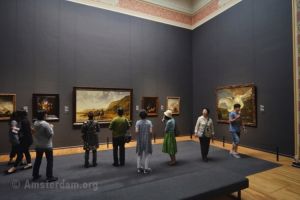 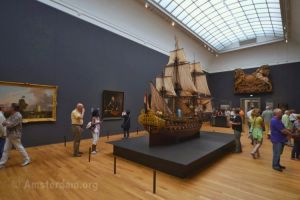 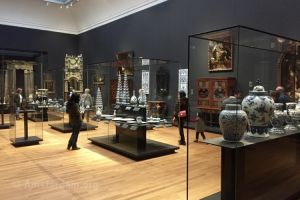 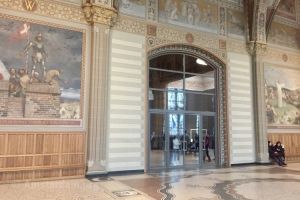 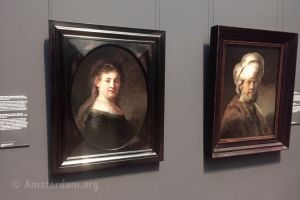 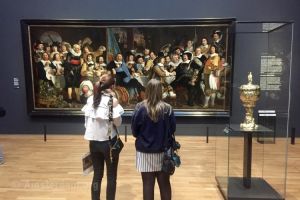 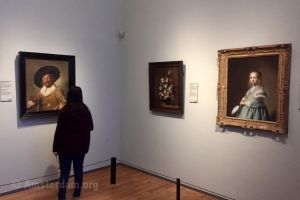 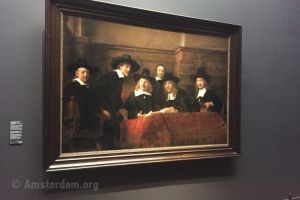 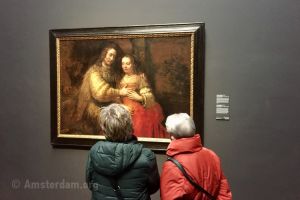 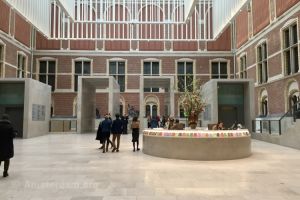 After ten years of rebuilding, renovation and restoration, the Rijksmuseum has opened its doors again. For the first time in history the museum underwent a complete transformation of both its building and the presentation of its collection.

For the very first time, visitors can follow a chronological journey through the collection, and experience the sense of beauty and time this offers. In a sequence of 80 galleries, 8,000 objects tell the story of 800 years of Dutch art and history. Only Rembrandt’s masterpiece The Night Watch has returned to its original position.

Gallery of Honour
The Gallery of Honour is an extended corridor directed towards a clear focal point: the Night Watch Gallery. On view in the side alcoves are masterpieces by the great artists of the seventeenth century. Framing the alcoves are cast iron beams inscribed with the names of the famous painters of the age. Semi-circular wall sections above display the coats of arms of the eleven provinces of the Netherlands and their respective capital cities. In the original building, the side alcoves were screened off with heavy curtains that served – akin to a church – to draw visitors towards the ‘high altar’ of The Night Watch at the end.

The 17th century (1600-1700)
More than thirty galleries are devoted to the glory of the Dutch Golden Age, when the young merchant republic enjoyed its heyday as a world leader in trade, science and scholarship and the art of war and the fine arts. In the heart of the museum is the spectacularly restored Gallery of Honour, showcasing world-famous masterpieces by Frans Hals, Jan Steen, Johannes Vermeer and Rembrandt. At the very end of the Gallery of Honour is a separate gallery dedicated to Rembrandt’s greatest masterpiece: _The Night Watch_.

The 18th century (1700-1800)
No longer a world power, the Netherlands now invested its profits in possessions such as beautiful houses. In the eighteenth century, the interior became a focus of keen interest. The period was characterized by the refinement and cultivation of good taste. These were manifested particularly in the interior domain, with virtuosic arts and crafts objects and personal portraits.

The 19th century (1800-1900)
In the nineteenth century, the Netherlands was established as a kingdom – which it still is today – and witnessed major scientific breakthroughs that led to large-scale modernization. The metre, kilogramme and photography were all introduced in this period. Painting took flight and became increasingly individualistic as the century progressed.

The 20th century (1900-2000)
New at the Rijksmuseum are the galleries dedicated to the twentieth century. Featuring paintings, furniture, photography, posters, films, historical objects and even an aeroplane from the Rijksmuseum's own collection, the displays also include important loans from museums in the Netherlands and abroad. Together, they create a window onto the cultural history of a modern country during the last century.