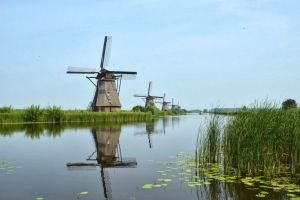 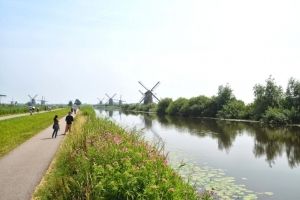 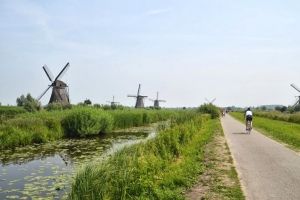 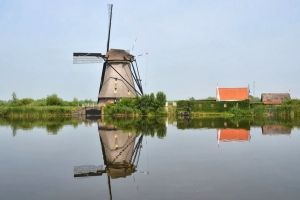 The view is particularly striking from inside the Kinderdijk Hotel. Grab a snack and settle back! From May through September you can also tour the site by boat. The windmills are open to the public from April through September, Tuesday through Saturday from 10 a.m. to 6 p.m. On Saturdays, in July and August, the mills are turning and open to the public. Make sure you don't forget to bring your camera. When these windmills are in operation, it is a spectacular sight which will take you back 250 years.

Nineteen windmills
At Kinderdijk, nineteen windmills are lined up in two opposite rows. The round brick windmills on one side drain the Nederwaard. On the opposite side, the octagon windmills keep the Overwaard from being flooded. Some of these windmills are open to the public. They will give a good impression of how the millers and their families used to live.