Below you will find a list of frequently asked questions concerning King's Day (formerly Queen's Day) in Amsterdam. 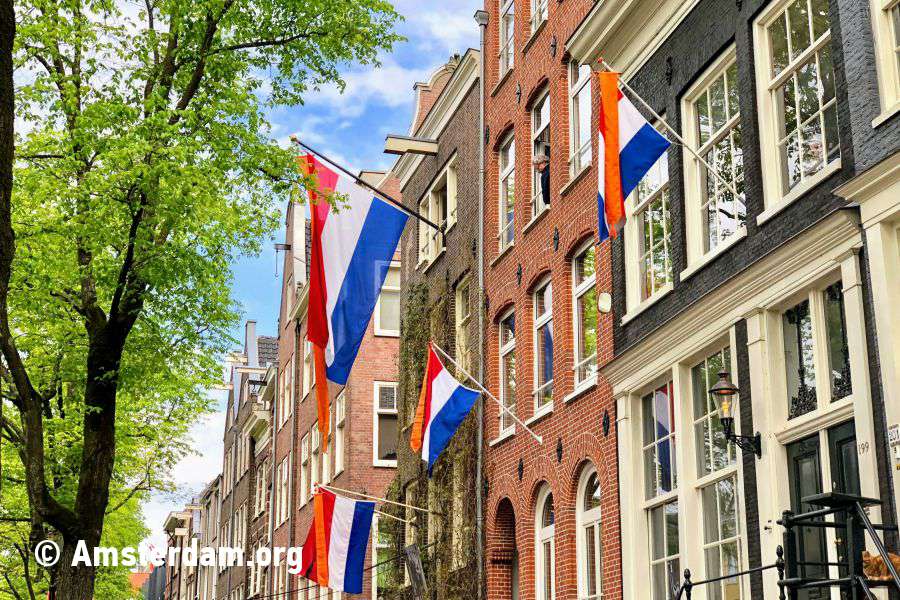 I'm not Dutch, should I wear orange?

Sure! There is no rule that you have to wear orange on King’s Day, but a bit of orange in your outfit may help you get in the party mood!

What time does it all start and end?

From 9:00 most cafés and terraces are open. Just like most of the free street markets. Most events begin at 12:00 hrs (midday). You will find these free orange festivals everywhere throughout the city center. The biggest and most popular party venues are in the Westerstraat, Prinsengracht and Reguliersdwarsstraat.

All outdoor activities, like the free street markets and the big organized music parties, will end at 20:00 hrs. The King's party then continues inside all the pubs and clubs until deep into the night.

What are free markets?

As a city built on trade, Amsterdammers love to haggle and there’s no better place to pick up a bargain than at the citywide vrijmarkt ('free market') on King's Day! Everyone turns out to sell their second-hand wares on the streets and in the parks of Amsterdam, creating one of the world's largest flea markets.

Where is the street market?

In principle, anywhere in the city. However, the most popular and largest location are the Vondelpark and Apollolaan.

Where are the large outdoor music events?

These all take place at major event venues outside Amsterdam city center. Please note that you will need to buy a ticket in advance if you would like to attend one of the major organised music parties. Most are sold out.

Are the shops open during King's Day?

Shops are permitted to open on King’s Day, but the majority of high street stores close for the day. For example, shops on the Kalverstraat usually stay closed. Most larger supermarkets do open for part of the day and smaller neighbourhood supermarkets are usually open for business.

Are the museums and attractions opened on King’s Day?

Am I allowed to carry alcohol in public and how much can I purchase?

You are allowed to carry one unit of regular alcoholic drink (under 15% alcohol) for your own consumption. Additional alcoholic drinks may be confiscated.

Is it a good idea to travel with a car?

Travelling to or in Amsterdam by car on King's Day is strongly advised against and traffic is prevented from accessing most of the city throughout the day. Catching a train into Amsterdam is the best bet.

King's Day is one of the busiest days in Amsterdam where public transport is diverted so that partygoers can travel around the city on foot.

During King's Night (Koningsnacht) (night from 26 to 27 April), public transport in Amsterdam operates according to the normal timetable with a few exceptions where necessary. On King's Day (27 April), there is an adapted timetable for diverting public transport. Most buses and tram only run outside the city centre. In due course check the timetable on the website of 9292.nl/en/.

A common misconception is that public transport is free on King's Day, this isn't the case, standard prices apply.

On foot through Amsterdam

It is most convenient to walk through the city on foot during King's Day. Striking signs and special pedestrian routes point you to the important events and locations.

Most taxis do not drive in the city centre during King's Day. If you would like to take a taxi, try it on the Martelaarsgracht opposite Central Station and on the Stadhouderskade near Leidseplein.

Travel advice to the center of Amsterdam

The best way to get to the centre of Amsterdam is by train. Take into account busy, full compartments. In due course check the timetable on the website of 9292.nl/en/. By car is strongly discouraged with regard to traffic jams and a shortage of parking spaces.

During King's Day, Amsterdam Zuid railway station is the best place to get out of the train if you want to go to Museumplein, Vondelpark and/or Leidseplein. From Amsterdam Zuid train station you don't have to walk so far, you avoid the hustle and bustle of Central Station and many buses do run according to the normal timetable. In due course check the timetable on the website of 9292.nl/en/.

When you get off at Amsterdam Amstel train station, you can use the metro and trams to get on with your journey to the stages and the free markets. For example, get off at the Weesperplein metro station or Waterlooplein and the free markets and stages, such as the Oosterpark, are all within walking distance! 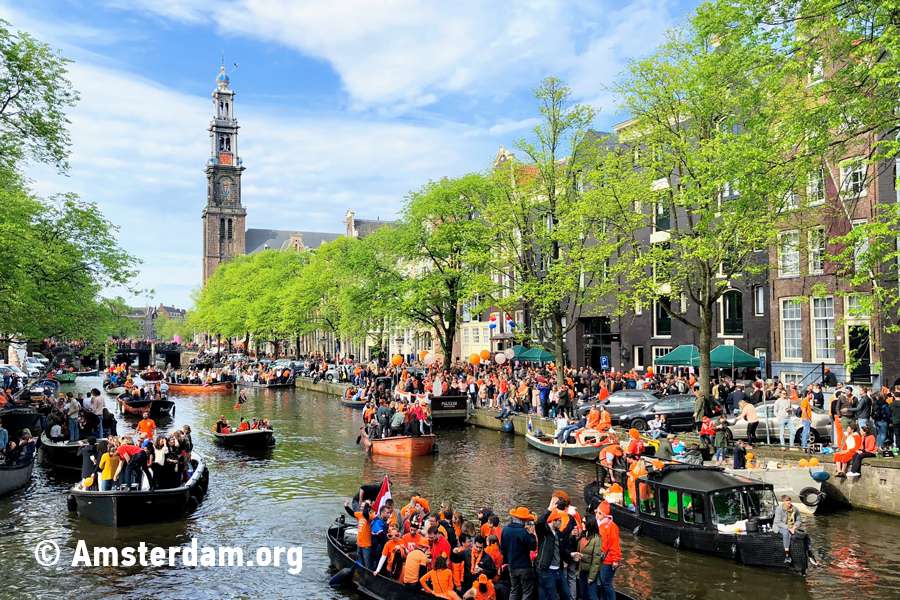 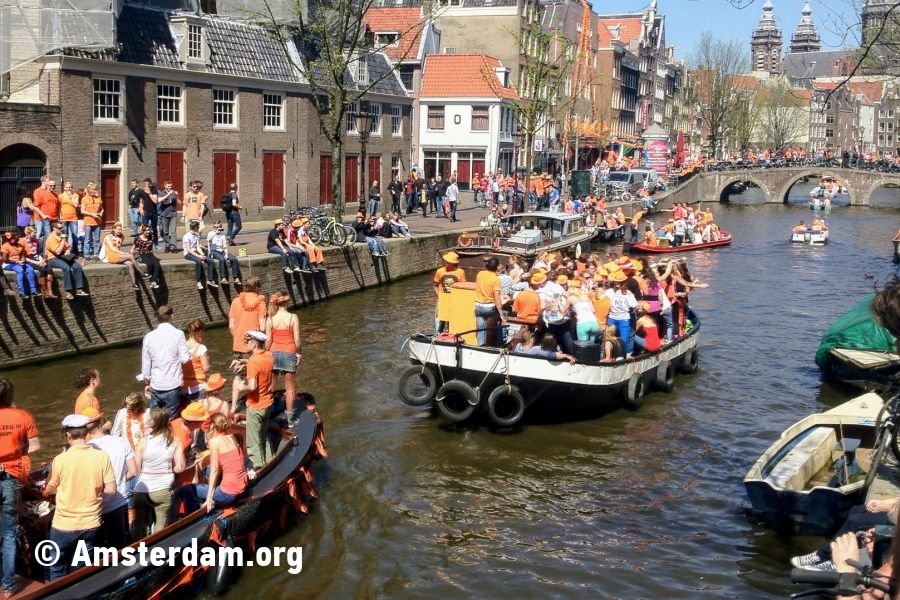 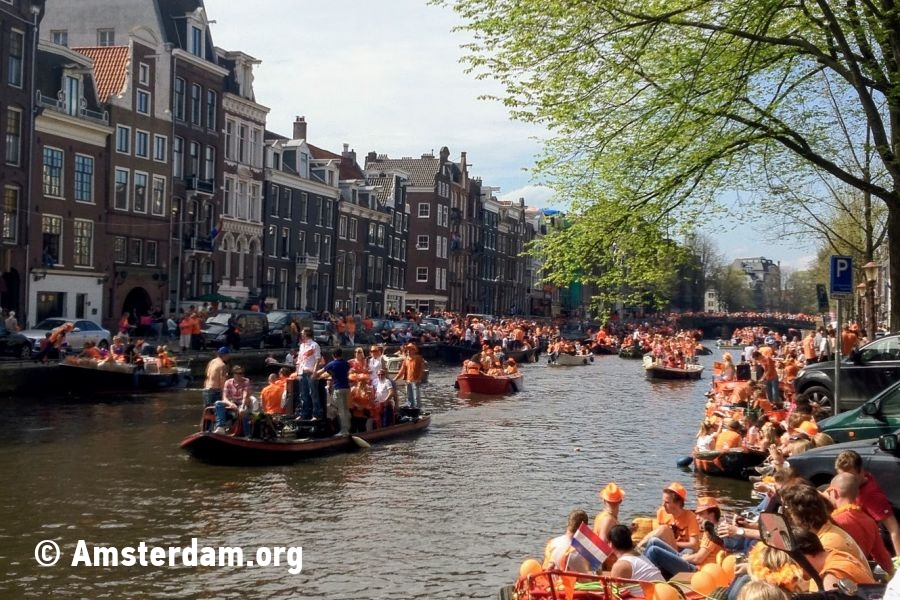 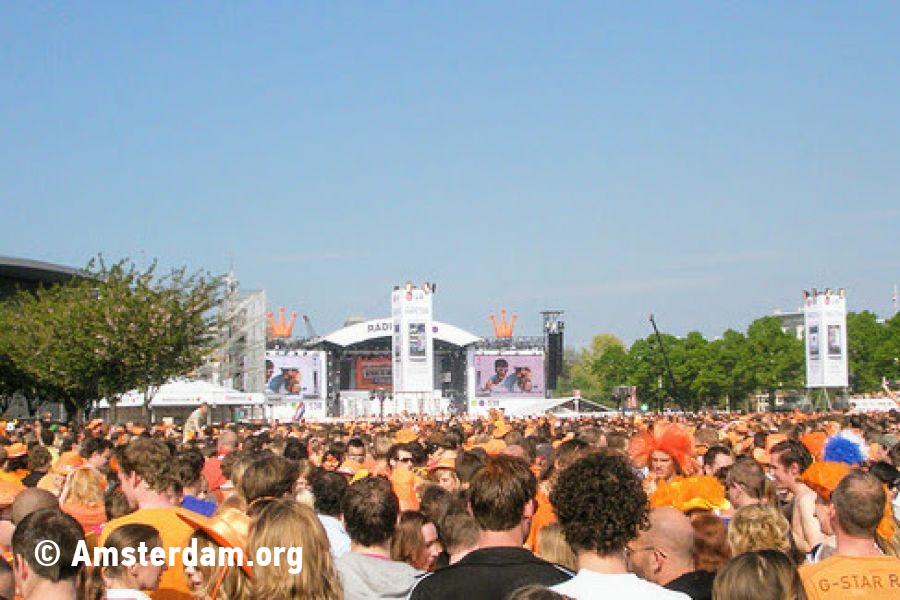 Where can you have a Corona test done in Amsterdam?
Friday 16 July 2021